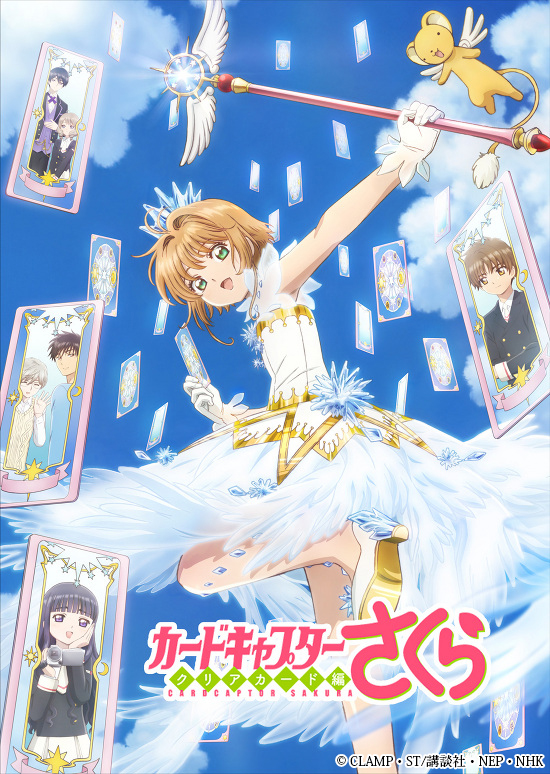 The dress Sakura is wearing is the one that appears on volume 3 cover (which is my favorite cover art so far). It looks great! There is a possibility that this dress will be the one featured on the OP sequence. I really hope so as I prefer this one over the pink one that was released first.

I would prefer the cards to be all facing backwards instead of having some of them showing a few characters, but it’s alright xD

Once again, all of the above cast members will be reprising their roles in the original anime. It’s really amazing that they were able to do so even to secondary characters!

Lastly, Maaya Sakamoto’s official website is announcing that the single of CLEAR (TV Anime OP theme song) will be released on January 31. It will come with an accoustic live performance of Platinum.