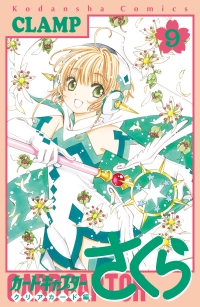 The ninth volume of Card Captor Sakura ~Clear Card arc~ debuted at the 3rd position in Oricon’s weekly ranking, with an estimate of 77,620 copies sold in its first week of sales. This is the second lowest first week sales for a Clear Card volume, only behind volume 2. This also happened last time, with volume 8, but unfortunately the numbers for volume 9 were even lower.

These numbers are for the regular edition, only. Numbers for the special edition (Stationery set) are unknown as it did not appear on the ranking. Keep in mind that pre-orders and special edition sales might have affected these first week sales numbers.

It is worth mentioning that Oricon only takes into account a certain number of shops. These numbers are only an estimate and it’s possible that the real figures are higher than these. 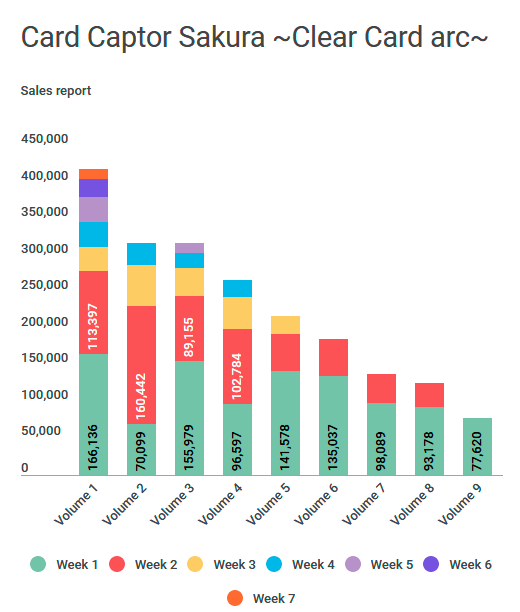 Let’s wait and see how it will perform on next week’s ranking. Hopefully this is not the last we’ve seen of volume 9.