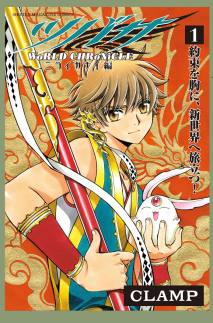 On its second week of release, Tsubasa – WoRLD CHRoNiCLE – Nirai Kanai hen #1 dropped to the 19th position in Oricon’s weekly comic ranking, with 56.614 copies sold. The overall sales so far is of 184.257 copies in two weeks.

These numbers are only for the regular edition. Numbers for the Blu-ray limited edition are unknown.

I’m not positive that Tsubasa will show up for a third week in Oricon’s ranking, but if that turn out to be the case, I’ll let you know.