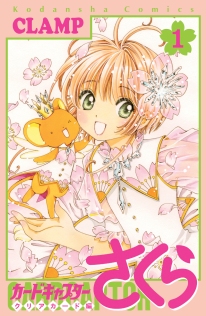 The first volume of Card Captor Sakura ~Clear Card arc~ debutted at the 3rd position in Oricon’s weekly ranking, with an estimate of 147,750 copies sold in its first week of sales.

The above numbers are for the regular edition. The Special Edition (mangaka set) debutted at the 46th position with an estimate of 18,386 copies sold.

While these numbers might seem a little underwhelming for Card Captor Sakura standards, it is worth mentioning that the ranking ranges from November 28 to December 4 and these volumes came out on December 2, so these numbers reflect the sales of three days only, not a whole week. It’s good to see the Special Edition appearing in the ranking, also. We haven’t seen that in a while.

That being said, it apparently had a better performance than the latest volumes of Tsubasa and XXXHOLiC. We should have a more solid idea of its performance by next week’s numbers, when they’ll have a full week exposure.

The Tsubasa guidebook and mini-artbook did not appear in the ranking despite having also been released on the same day.