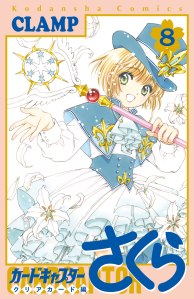 The eighth volume of Card Captor Sakura ~Clear Card arc~ dropped to the 33rd position in Oricon’s weekly ranking, with an estimate of 32,789 copies sold in its second week of sales. Unfortunately this represents the worst second week sales for a Clear Card volume, out of all volumes released so far.

These numbers are for the regular edition, only. Numbers for the special edition (Drama CD part 2) are unknown as it did not appear on the top 50 ranking.

Once again, it’s worth keeping in mind that the pre-orders might have affected these low sale numbers.

It is worth mentioning that Oricon only takes into account a certain number of shops and only sales from the week which they are covering alone, not taking account pre-orders. These numbers are only an estimate and it’s possible that the real figures are higher than these.

Also, we now know the number of sales of special edition for week 1 thanks to user shari07. It sold 18,849 copies in its first week. I added these numbers to the count and updated the graph below with the accumulated sales. With that, the number of overall sales for volume 8 is an estimated 125,967. Once again, this is the lowest overall sales by week 2 for a Clear Card volume. 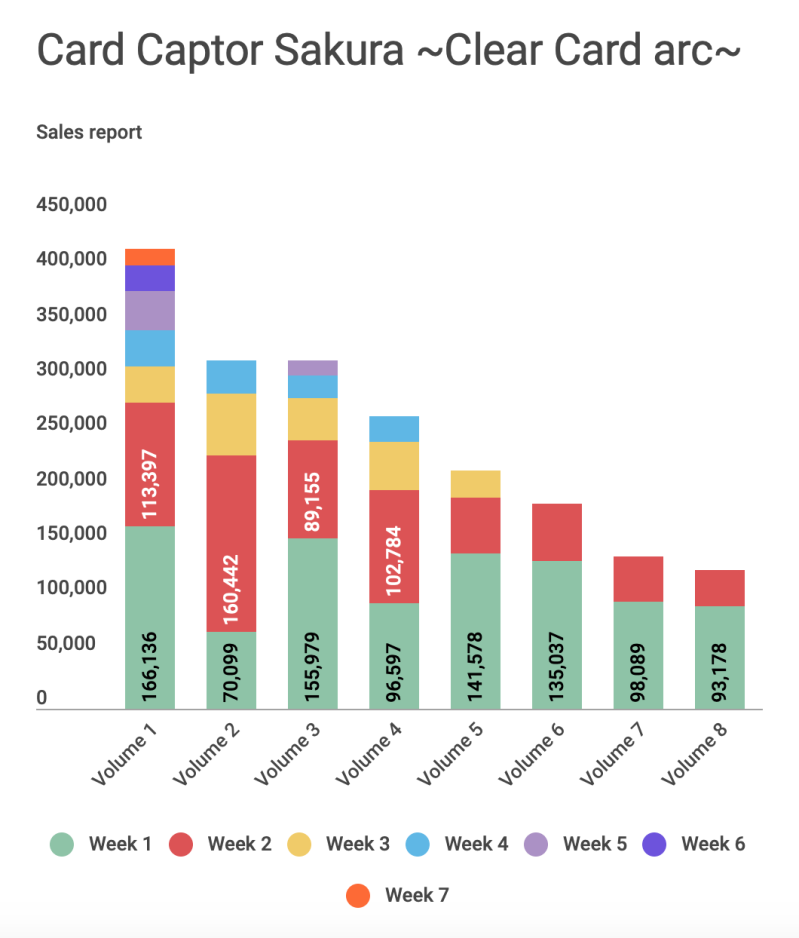 Sadly I am not confident about next week, given that it faced a huge drop between the last and this week.