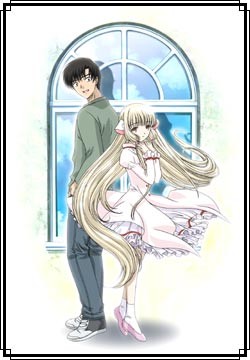 It seems that Card Captor Sakura isn’t the only CLAMP series to get a Blu-Ray re-release this Christmas.

NBC Universal Entertainment Japan (the same company that is bringing the Card Captor Sakura low cost Blu-Ray release) is announcing that they will be releasing a limited edition Blu-ray Box of the Chobits TV Anime series in December 25, 2015, costing 28,000 yens. The box packaging will be digipak.

The box will hold 4 discs containing all 27 episodes of the series that originally aired from April~September 2002.

This is the first Blu-Ray release for Chobits. Unlike the Card Captor Sakura release, only a limited amount of copies will be on sale for this one.

Update: CLAMP will be drawing a new illustration for the jacket! (Source: CLAMP-NET.COM).

This re-release is available for pre-order at CD Japan with worldwide shipping.