Kadokawa’s monthly shonen magazine Shonen ACE is celebrating its 20th Anniversary and a series of special events and issues are planned for the occasion.

CLAMP drew a new illustration of Misaki Suzuhara and Hikaru, the two main characters of ANGELIC LAYER, which ran in the magazine from 1999 to 2001. It will be featured in one of the magazine’s commemorative issues.

A first glimpse of the illustration can be seen below. 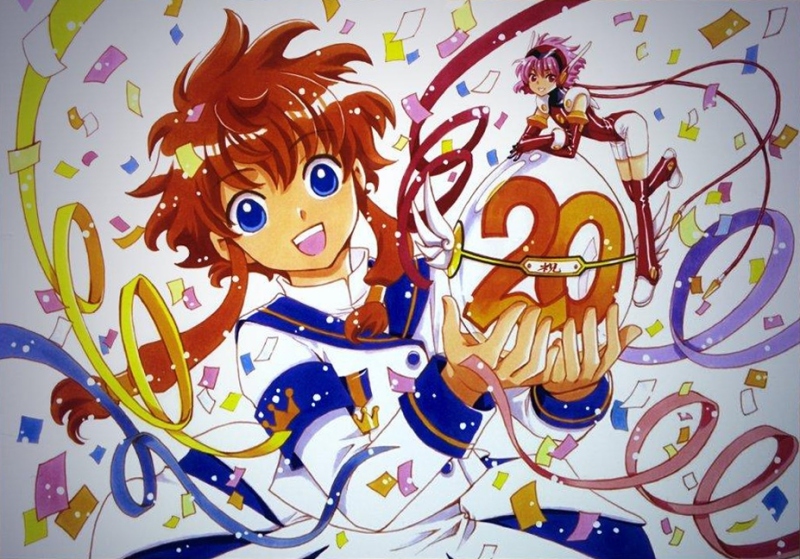 I can certainly see a small Tsubasa influence but the overall feeling is the same from back when ANGELIC LAYER was still being published. Good job, CLAMP!

I will post here in case a high quality version of the illustration comes up.