Two new official pictures of the Goblet of Fire has been released. One is a bigger version of that Rita Skeeter one (now that is big, we can surely see how great she is) and the other one is a with Harry alone and I *think* with his broken arm after fighting the dragon on the first task.

Although Daniel’s hair looked too big in my opinion, now that I see the official pics (4 in the total) I’m starting to feel that is not that bad. I mean, the people at the production took good care of it, and it was nothing compared to his *awful* hair on the PoA DVD premiere. 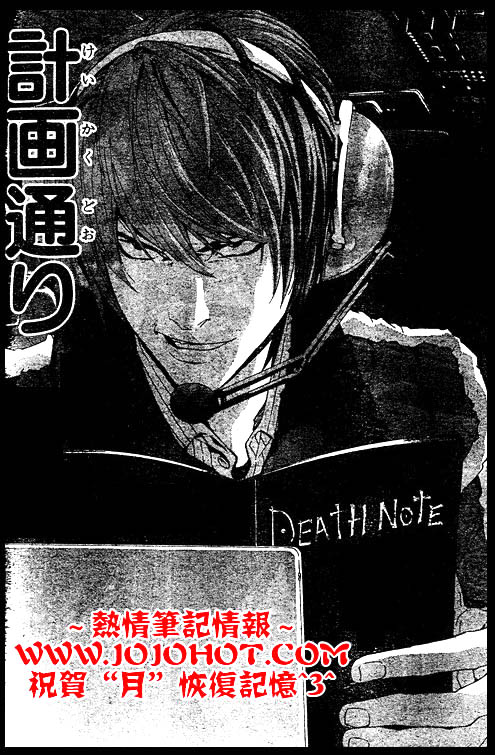 Oh my gosh!!!!!! DN!Raito is BACK! I don’t know how the hell he managed to get the note back since he’s on the helicopter, I mean, where’s L? How he’s not seeing it? But I’m very excited to see this chapter!!!

Updated Fukanou na Shigoto, I finally got more information about the characters! And surprise: Chitose is there too! But she’s not “Hibiya”, but “Mihara”. Mihara Chitose, that means she’s still married with Icchan ^____^

I’m so happy with that! We can finally (let’s hope) see more background of their story! I’m almost sure Kobato’s time line is between Angelic Layer and Chobits, since Icchan is still alive! I mean, surely Icchan was still single on AL, wasn’t he? He did met Chitose after the end of the manga, didn’t he?
On the other hand, I do remember Chitose saying to Hideki that she helped Icchan in the development of Angelic Layer… so they knew each other already. That’s why it may be even before the AL time line.

I always wanted to know how they met, why/how he died… and maybe we can get to see some Chobits foreshadows ^__^

She is already the owner of her condominium and Kobato lives in one of her apartments!

20 thoughts on “Many News Part II”